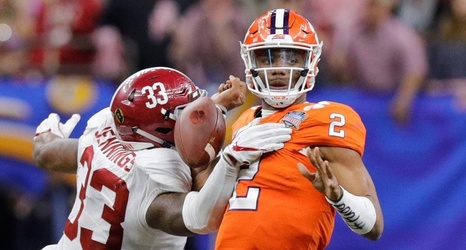 After having five players selected on defense in this year’s NFL Draft, analysts are looking forward to seeing the product that Alabama football puts out next year in Las Vegas, Nev.

According to reports from Gil Brandt, former vice president of the Dallas Cowboys (1960-89) and senior analyst for NFL.com, he featured four returning seniors for the Crimson Tide that he will study in the upcoming season.

For starters, Brandt is high on Raekwon Davis as one of his top five defensive ends.

The 6-foot-7, 309-pounder did not have the same production in 2018 that he registered as a sophomore; however, he return to school was huge.