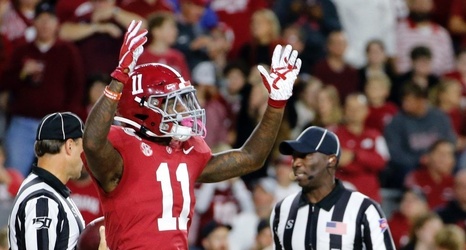 Although he did not do everything at the NFL Scouting Combine, no one’s stock has risen more than Henry Ruggs III at wide receiver.

Prior to the event, Jerry Jeudy of Alabama was thought to be the concrete No. 1 prospect at his position for this year’s draft class. While he and Ceedee Lamb of Oklahoma performed well, Ruggs stole the show with the numbers he recorded.

A native of Montgomery, Ala., he turned in a 40-time of 4.27 seconds – which was the fastest time among receivers in the class and tied for the sixth fastest in Combine history.