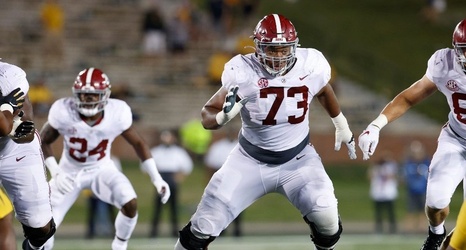 Daniel Jeremiah has started breaking down prospects for the 2022 NFL Draft.

As a former college quarterback and pro scout, Jeremiah is an analyst for NFL Network and one of the top draft evaluators in the business. After watching six players from the University of Alabama get selected in the first round in April, he is looking at Evan Neal for next year. The 6-foot-7, 360-pounder is projected to be taken early in the first round as he enters his junior season.

Neal, a native Floridian, looks to be the seventh first-rounder at offensive tackle in the Nick Saban era.