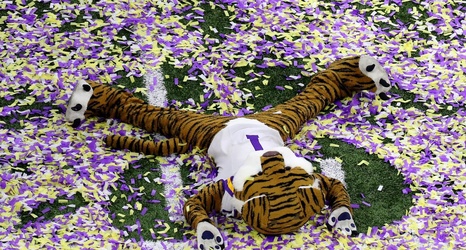 Congratulations are in order to LSU and coach Ed Orgeron on a deserved National Championship victory. Alabama football fans can take some satisfaction from another SEC team winning another national title.

SEC football teams won six of the ten National Champions in the decade 2010-2019. By any measure, that is stunning dominance. Throw in five more Nattys from the previous decade and this century is so far a showcase of SEC football superiority.

Dan Cunning tracks sports data and his site includes Power Five Conference head-to-head data going back to the start of the BCS era.