Najee Harris roasts ESPN’s Todd McShay for his draft analysis of him: ‘Todd McShay can kiss my a–‘ 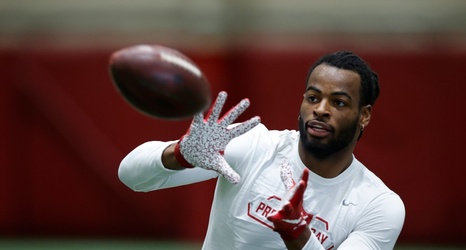 When student-athletes are under Nick Saban at the University of Alabama football program, he instructs them to pay no attention to anything coming from the media.

It becomes a different story when a player makes the transition to the NFL Draft. Najee Harris overcame a childhood that had him at a disadvantage, to becoming one of the best running backs in Crimson Tide history and Southeastern Conference history.

In his final two seasons at Alabama, he twice rushed for 1,000+ yards. Harris led the SEC in 2020 for carries (251), rushing yards (1,466), and touchdowns (26) while his output for yards and scores ranked third and first, respectively, in college football.