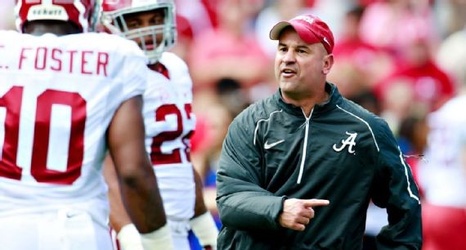 TUSCALOOSA, Ala. -- When Nick Saban took over at the University of Alabama in 2007, he respected the program's tradition but he wasn't necessarily married to it. He wasn't from the South and would never become the coach who kissed babies, devoured barbecue and hollered "Roll Tide!" everywhere he went.

Saban was an NFL guy, a buttoned-up West Virginia native who cut his teeth in the Big Ten. He wanted to build Alabama into a national powerhouse, not a regional product. Paul "Bear" Bryant was the face of Golden Flake, shilling their potato chips and pork rinds, while Saban kept a Coca-Cola by his side during news conferences and lent his name to a Mercedes-Benz dealership.