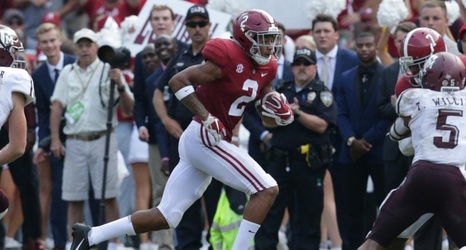 He is regarded as one of the best cornerbacks for the 2022 NFL Draft, but Derek Stingley of Louisiana State University endured rough moments versus the University of Alabama.

During his freshman and sophomore seasons, DeVonta Smith burned the talented defender.

Smith, a native of Amite, La., torched Stingley for 213 receiving yards and two touchdowns on seven catches in 2019. He put on a better display against the Tigers in 2020 with 231 yards and three scores on eight catches at Tiger Stadium. In two years, Stingley watched the 2020 Heisman Trophy winner embarrass him in totaling 444 yards receiving and five touchdowns on 15 receptions.