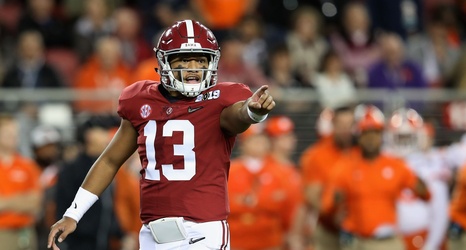 With the 2019-2020 College Football season over, we have several things to look forward to, but one in particular to focus on, being the 2020 NFL Draft in April. One of the biggest things people are waiting to see, is if Alabama quarterback, Tua Tagovailoa, will fall in the draft after a horrific hip injury versus Mississippi State this past season. The Crimson Tide was able to bring in backup quarterback Mac Jones to lead Alabama to key victories over Western Carolina and Michigan.

After Tua went down with his injury, Joe Burrow surprised the college football world by leading LSU to an undefeated season, a Heisman Trophy, and the rumors flying around of Burrow being the #1 pick in this upcoming draft.