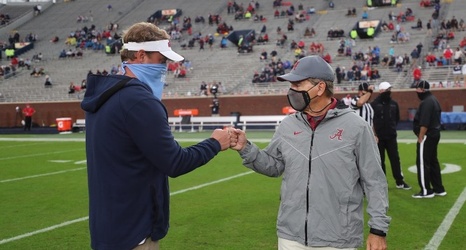 Jimbo Fisher signed a 10-year, $75 million contract in December of 2017 to be the head football coach of Texas A&M.

Boosters and donors of collegiate programs in the state of Texas do not mind kicking out big bucks to coaches, especially if its teams are beating marquee schools. Fisher is winless in his first three tries versus Nick Saban and the University of Alabama.

The last victory for the Aggies against the Crimson Tide came in 2012 with Johnny Manziel. He was a magician at the quarterback position, and Manziel handed Saban a 24-29 loss at Bryant-Denny Stadium.