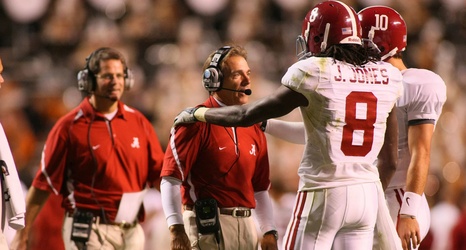 Happy Friday, everyone. As you know, Julio Jones was traded to the Tennessee Titans where he will play with Derrick Henry. Titans head coach Mike Vrabel spoke about reaching out to Saban before the deal went down.

“I’ve had a really good relationship with coach Saban,” Vrabel said on Thursday. “He’s welcomed me down there really to just try to get better and improve as a football coach. And then, the ability to call him and ask him about a situation, about adding a player that he’s coached was something that I was able to do.