Jumbo Package: SEC Media Days are upon us 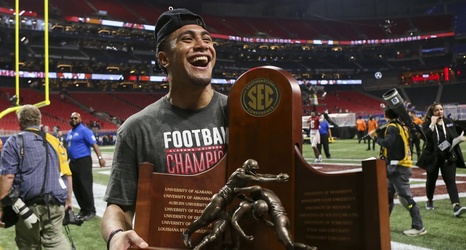 Happy Monday, everyone. Just under seven weeks away from the season opener, SEC Media Days kick off today in Atlanta. Alabama’s session is tomorrow, with Nick Saban joined by an incredible trio of players in Will Anderson, Jordan Battle and reigning Heisman winner Bryce Young.

The junior signal-caller for the Crimson Tide won the Heisman Trophy last season despite playing behind a porous offensive line that failed to protect him on a consistent basis. Can he repeat the feat? How good can he be if the offensive line can take even the slightest step forward?

Young is one of the three Crimson Tide players who will join coach Nick Saban on Tuesday, so we’ll get a chance to find out just what he expects from himself, and what is expected of him, now that he’s in his second season as the Tide’s starting quarterback.