Jumbo Package: Alabama is set to unleash the best pass rush in college football in 2022 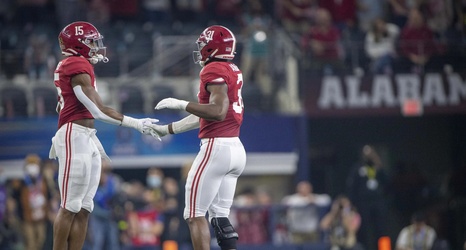 Two of Turner’s sacks came in the national championship game, one of six games in the final seven in which Turner had at least one sack. He also took down Bulldogs quarterback Stetson Bennett in the SEC championship game.

“He’s gonna be a great football player,” former Georgia offensive lineman Jamaree Salyer said of Turner at the NFL combine earlier this month. “Great young kid. I talked to him a little bit after the game. He’s gonna be special. I’m excited to see him develop.”

After an entire decade of edge rusher being pretty much the only position on the football field that Nick Saban never developed a true superstar, he now has one of the best to ever do it in Will Anderson and a rising young star in Dallas Turner.