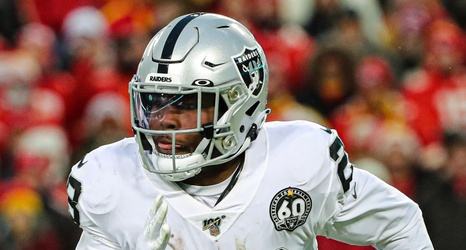 If you would have told him that he would make to the National Football League, despite a homeless childhood and fighting for everything, he probably would’ve paid no attention.

The story of Josh Jacobs continues to be absolutely mesmerizing.

His games at Alabama equaled out to one season, but he gave everything as a running back, receiver and return specialist. Jacobs assisted the Crimson Tide to a pair of Southeastern Conference Championship in 2016 and 2018, with a national title in the 2017 season.

It was Burton Burns that took a chance on the three-star from Oklahoma and in the 2019 NFL Draft, Jon Gruden and the Oakland Raiders came calling.