Jalen Hurts explains how he spent his first million dollars 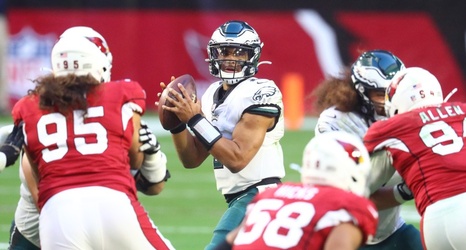 He has gone from a simple life in Texas to becoming an NFL player, but Jalen Hurts remains with quality values.

Hurts was a legend at quarterback for the University of Alabama and spent one season at Oklahoma.

He is excited about the Philadelphia Eagles starting him in the fall of his second season; however, the 2017 College Football Playoff National Champion did spend a moment with GQ Sports for an interview. The video was posted to YouTube on Wednesday, as Hurts discussed how he spent and saved his first million dollars.

“As a kid, I always wanted to be on the cover of GQ,” Hurts said.