Is the run of national championships over for Alabama? Paul Finebaum says “Yes” 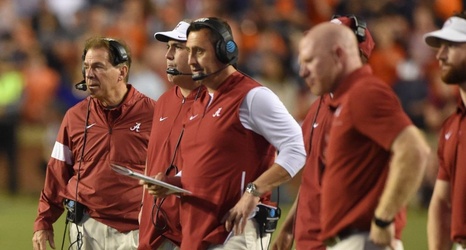 In the years when Alabama does not win a national championship under Nick Saban, media outlets quickly revert to an old stanza: the Crimson Tide’s dynasty is over.

After a loss to Auburn last week and not winning a national title back in January, the cast of ESPN’s Get Up had a stirring on Tuesday about Alabama. Mike Greenberg featured Paul Finebaum of the SEC Network and wanted his concrete answer on whether Saban’s run of dominance in college football is over. As the host of a popular radio, which originated from the Iron Bowl rivalry, Finebaum got straight to the point.