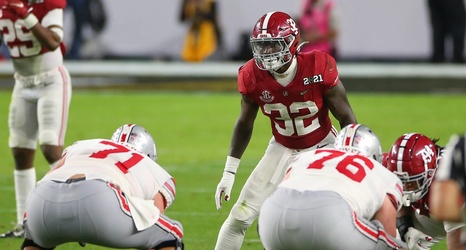 While purging some old files from my trusty Commodore 64, I came across a list of players from the 2017 IMG Academy football team. Finding such a large number of players from one team signing with FBS teams to be an anomaly, I used the list in my 2017 National Signing Day Recap.

Upon renewed inspection of the spreadsheet, it made me wonder: Whatever happened to those fellas? As most Crimson Tide fans know, two of them came to Tuscaloosa and one of them was drafted into the NFL. It just wasn’t the one we expected.