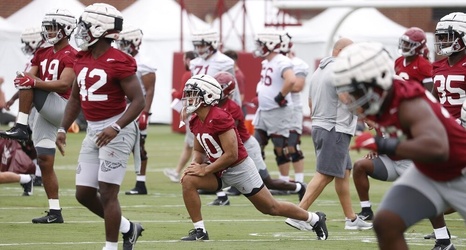 Alabama football has had some outstanding middle linebackers in the Nick Saban era.

Rolando McClain, Dont’a Hightower, C.J. Mosley, Reggie Ragland, Reuben Foster, Shaun Dion Hamilton, and Rashaan Evans were national champions and great leaders. Each one captained a defense that was ranked No. 1 in college football for major categories. McClain got Saban his first national title in 2009, Hightower anchored the Crimson Tide best group in 2011, Foster had the 2016 unit that forced many turnovers, and Evans pushed the unit that defeated Georgia for a national title in 2017.

Alabama has struggled at the middle linebacker spot in the last two years.