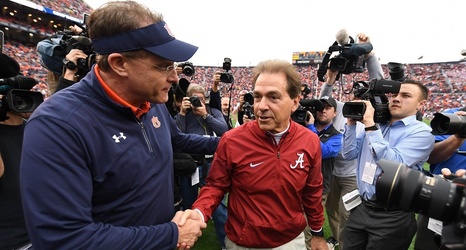 The Iron Bowl is stocked with historic games and performances that both Alabama and Auburn fans consistently remind each other of.

But one of the plays that lives in infamy and rightfully so, is the legendary “Kick Six” game that’s haunted the Crimson Tide fanbase for nearly a decade and will do so beyond.

This past week former Tigers and current UCF head coach Gus Malzahn twisted the knife a bit on Alabama fans when responding to a social media post from ESPN’s Paul Finebaum. Finebaum tweeted out a question asking fans what the best college football play they’ve seen in person is.