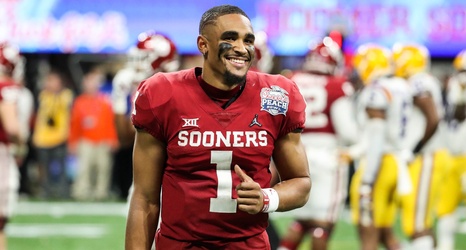 He is building an impressive clientele of athletes for his Young Money Sports Agency; however, DeWayne “Wayne” Michael Carter Jr. seems to really like former Alabama players.

According to Nicole Lynn, an NFL sports agent for Young Money, Jalen Hurts becomes the latest athlete to sign with the label.

The former quarterback at Alabama and Oklahoma joins Quinnen Williams and Jedrick Wills in making the move.

During his three years at Alabama (2016-18), the native Texan was a two-time Southeastern Conference Champion and a College Football Playoff National Champion in 2017.

Hurts was the SEC’s Freshman of the Year and Offensive Player of the Year in 2016, following his performance of 36 total touchdowns that season.