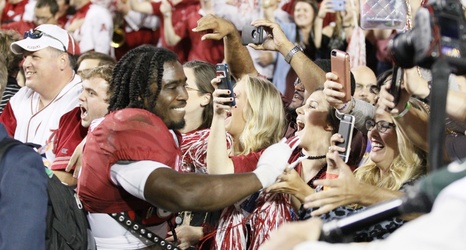 He parted ways from the Green Bay Packers on Saturday, but Tony Brown is not one to remain unemployed.

The former Alabama defensive back has been claimed on waivers by the Cincinnati Bengals. Brown’s rights will be awarded to the Bengals after the Super Bowl, according to the team’s website. Cincinnati will also have the first pick of the 2020 NFL Draft in April.

Brown was not selected through seven rounds of the 2018 NFL Draft; however, the Los Angeles Chargers signed him as an undrafted free agent.

He has spent the last two years with the Packers – following being cut from the Chargers – and totaled 39 tackles, five pass breakups and two forced fumbles on defense.