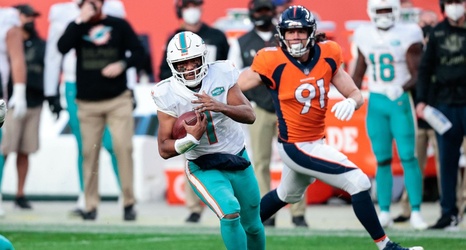 Prior to Sunday’s game against the Denver Broncos, Tua Tagovailoa had one moment in his life that did not go his way and he was able to learn from it.

During his time at the Elite 11 quarterback competition with Trent Dilfer, the former Super Bowl champion challenged him to become a better leader and decision maker with the football. He knew Tagovailoa was talented, but Dilfer also saw him as an athlete who is capable of much more. He took the coaching of Dilfer and before he arrived at the University of Alabama as a five-star true freshman in 2017, Tagovailoa was the Most Valuable Player after the competition in 2016.