Former NFL player, scout has Tua Tagovailoa of Alabama as his No. 1 QB for NFL Draft 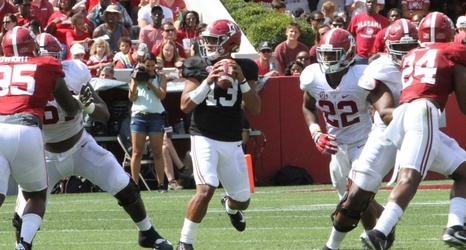 Even though Joe Burrow of LSU won the Southeastern Conference Championship, College Football Playoff National Championship and Heisman Trophy in 2019, one former NFL player and scout does not have him as his top quarterback for this year’s NFL Draft.

Bucky Brooks, an analyst for NFL.com, played five years in the league (1994-98) and scouted for both Carolina Panthers and Seattle Seahawks.

With the NFL Combine coming up in two weeks and the draft in April, he has Tua Tagovailoa of Alabama as his No. 1 QB in the class.

Tagovailoa received great news this week from doctors, as the fracture to the posterior wall of his right hip has healed.