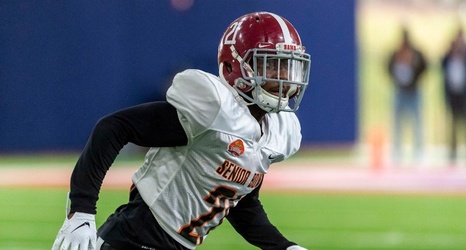 He showed his home state of Texas and supporters of the University of Alabama what he could do on the football field, but now Jared Mayden takes on another form of giving back.

Before he makes an NFL roster, the former Crimson Tide safety will participate in a virtual autograph signing and take questions from fans via Fangage today at 2:30 p.m. ET.

The event will be done through Pro Camps’ Facebook page.

Since 1999, Pro Camps has developed, managed, and operated sports camps and related events for professional athletes.

Mayden led Alabama with four interceptions last season and performed well during the week of practice at the Reese’s Senior Bowl.