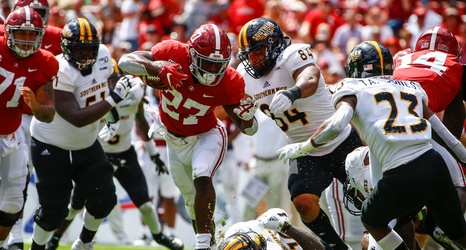 After entering his name into the NCAA transfer portal on Jan. 8, Jerome Ford has found his destination school.

The former Alabama running back announced on Tuesday via Twitter that he’s headed for the American Athletic Conference.

Ford, a native of Seffner, Fla., has committed to the University of Cincinnati following two seasons at Alabama. He was the lone player at his position signed in the Crimson Tide’s 2018 recruiting class and he was listed as an “all-purpose back.”

The former three-star collected 114 yards rushing in 2019 on 24 carries with three touchdowns. He chimes in with 151 yards and three scores on 31 carries, to a tune of 5.