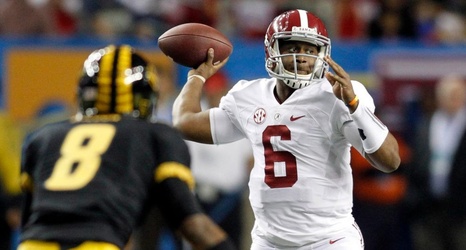 It surely would not hurt to give him a try.

The new XFL kicked off last week and it had some interesting matchups; however, the quarterback play for a couple of teams was lackluster. One individual thought it was so bad that she wants the league to consider bringing Blake Sims in.

The former Alabama quarterback agreed with her statement on Twitter, as he desires another crack at making it in football.

A native of Gainesville, Ga., Sims was the ultimate player for the Crimson Tide under Nick Saban from 2010 to 2014.

Wherever the team needed him at, he served in those roles – including running back, defensive back, wide receiver, special teams, scout-team quarterback and backup quarterback.