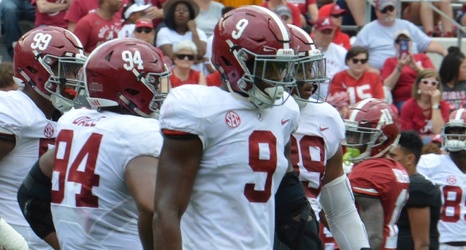 College has been a rough transition for the former five-star prospect.

After transferring from Alabama, Eyabi Anoma took his talents to the University of Houston in hopes of a fresh start.

However, the talented yet troubled individual is on the move again.

According to Joseph Duarte, a beat writer for the Cougars via the Houston Chronicle, the Maryland native has been dismissed from the football team for violating team rules.

The 6-foot-5, 250-pounder played one season for the Crimson Tide – collecting nine tackles with two for loss and one quarterback hurry in 12 games.