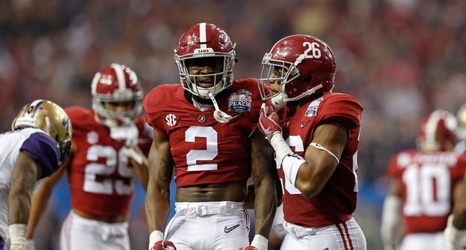 The Las Vegas Raiders have signed a former Alabama player to its practice squad.

After spending last season in Cincinnati, Tony Brown was released from the Bengals last week.

Brown went undrafted in the 2018 venue. He posted the third-fastest 40-time at the NFL Combine, 4.35 seconds, but was signed to the Los Angeles Chargers. Brown got cut from the team in September of 2018; however, he would find a home with the Green Bay Packers. He played in 20 games — three starts — and totaled 45 tackles, five pass breakups, and two forced fumbles.

Brown got released after the 2019 season and landed with the Bengals.