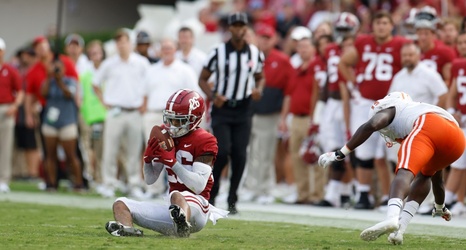 Marcus Banks will remain in the Southeastern Conference, but the former Alabama cornerback plays for an SEC West opponent.

He announced via Twitter on Monday his commitment to Mississippi State University.

Banks entered the NCAA transfer portal on Nov. 8 after 23 career games with the Crimson Tide.

He recorded five tackles and one interception in seven games. Banks’ first career pick came versus Mercer at Bryant-Denny Stadium. A native of Houston, Texas, he arrived in Alabama’s 2019 recruiting class as a four-star. The 6-foot, 180-pounder is talented, but it did not work out in Tuscaloosa.