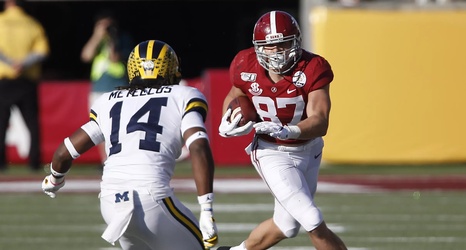 With the National Championship Game ending late into the night and the AP Poll released just a few hours later early Tuesday morning, it is safe to say that the pollsters had numbers 3 through 25 already filled out in their polls. Before the bowl games, this poll had Alabama tied with Auburn at No. 9.

After getting housed by LSU in the Peach Bowl Semifinal Game, the voters dropped Oklahoma three spots, but just couldn’t bear dropping them below the Crimson Tide. Georgia laughably moved up to No. 4.

The biggest jump was Minnesota up six positions to No.