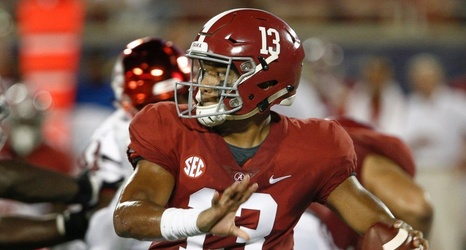 Although it is not NCAA College Football, gamers don’t play when it comes to Madden.

Money and bragging rights are among a few things that have been lost upon playing the game via Electronic Arts; nevertheless, it remains a great pastime for people. With the release date for Madden 21 set on August 28, EA Sports has already started crafting ratings for the rookies.

While all ratings will be made available next week, a sneak preview was provided on the quarterbacks. As for Tua Tagovailoa, the former University of Alabama signal caller and Heisman finalist in 2018, he was awarded the second-highest overall rating at the position.