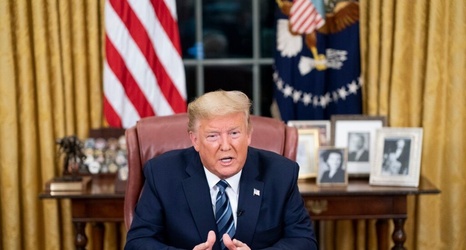 President Donald Trump declared Sunday, March 15, 2020, as a National Day of Prayer. The United States is dealing with a nationwide pandemic caused by the coronavirus officially named COVID-19, but informally known as the Wuhan Virus. The virus, which began in China is claiming lives and disrupting the economy not only in the United States, but around the world. Trump asked the nation to come together in prayer.

“It is my great honor to declare Sunday, March 15th as a National Day of Prayer. We are a Country that, throughout our history, has looked to God for protection and strength in times like these,” President Donald Trump tweeted.