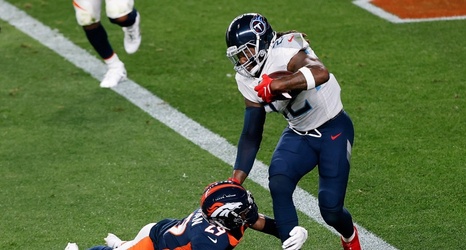 It was not a pleasant night for Stephen Gostkowski and both defenses for the Tennessee Titans and Denver Broncos played well, but Derrick Henry prevailed in the end. He did not have much room to run and despite four missed field goals, the former University of Alabama running back and 2015 Heisman winner still pushed his team to victory on Monday Night Football.