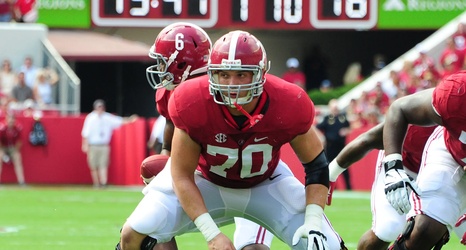 Alabama has had plenty of good offensive linemen under Nick Saban, and Ryan Kelly, who wore #70, is up there with the best of them.

The Ohio native was a 4 star coming out of high school , but he wasn’t some top 100 player with everybody drooling over him. He was the #12 recruit in Ohio, and the home-state Buckeyes didn’t even recruit. Their loss was the Tide’s gain, however.

Kelly started off slowly, as many offensive linemen do in Tuscaloosa. He redshirted his first year and worked his way into a back-up role in his second.