Countdown to kickoff: Back in ‘85, Van Tiffin kicked his way into Alabama lore 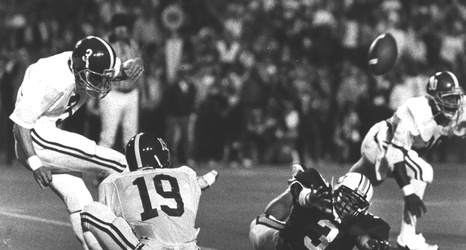 The 1985 Alabama football team was the best coached by Ray Perkins, in the third of his four years. Only two close, heartbreaking losses to Penn State and Tennessee kept the Tide from an unbeaten record heading into the Iron Bowl, where they would face a game Auburn team featuring superstar RB Bo Jackson, who would go on to win the Heisman.

Jackson had a big day against the Tide, finishing with 142 yards and two TDs despite playing through a nagging thigh injury and cracked ribs. However, it was teammate Reggie Ware who scored to give Auburn a one point lead with under a minute left in the game.