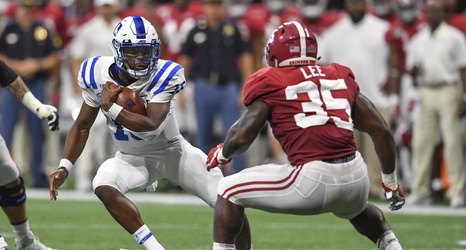 Coming into fall camp, Alabama had four upperclassmen starting at the linebacker slots, led by surefire first round prospect Dylan Moses in the middle, as you can find in our inside and outside previews.

My, how times change.

The Tide lost not one, but both starting inside linebackers before the season’s first snap. Left in the middle are two true freshmen, both very highly touted but having to learn on the fly.

By and large, Shane Lee and Christian Harris have performed admirably after being thrown into the fire before they were ready.