Bryce Young has done a ‘really good’ job of handling himself in the pocket, per Nick Saban 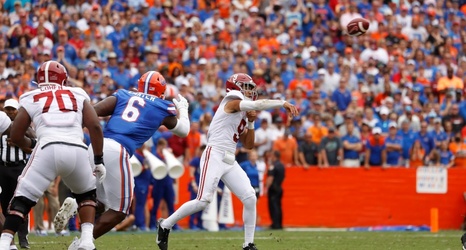 Bryce Young has handled the pressure of being Alabama’s starting quarterback well through three games.

He came out on fire versus Miami, and adversity did not rattle him during the next two matchups. The California native endured a hostile environment last week; however, he did not have any critical mistakes. Young tossed three touchdowns against Florida and should have had four. Slade Bolden, a redshirt junior, had an uncharacteristic drop in the end zone as he was wide open.

As a first-year starter, Young enters his second home game with 10 touchdowns. He is tied for third in college football and is looking forward to a showdown against Matt Corral next week.