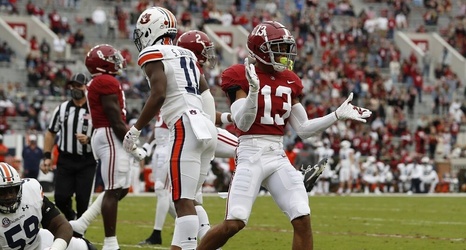 Brian Robinson has endeared himself to Alabama fans as the ultimate Crimson Tide player.

As a Tuscaloosa native, all Robinson has ever known was the University of Alabama.

He dreamed of playing at Bryant-Denny Stadium and winning championships as he went through the recruiting cycle from Hillcrest High School. Robinson chose the Crimson Tide as a four-star prospect in 2017. Nothing came easy for him, but he wanted to earn everything.

The NCAA transfer portal gives athletes other options, but Robinson did not want to play for another school. We have seen players leave situations after one year if they do not like it.