BREAKING: Tua Tagovailoa out for the year with a dislocated hip 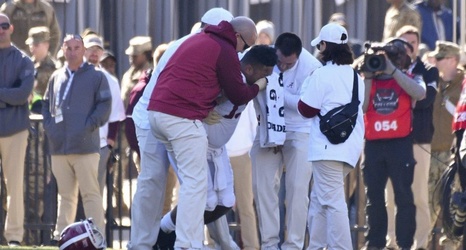 According to Aaron Suttles, Alabama quarterback Tua Tagovailoa will miss the remainder of the season with a dislocated hip. The injury occurred during the second quarter of Alabama’s game against Mississippi State when the Crimson Tide was leading the Bull Dogs 35-7.

This is Tagovailoa’s second major injury of the season after having surgery on his right ankle following the team’s game against Tennesee.

It is unclear whether this will be Tagovailoa’s final game as a member of the Alabama football team but all eyes turn once again to sophomore quarterback Mac Jones who started in place of Tagovailoa against Arkansas.