Breaking: Injured DE LaBryan Ray expected to miss the rest of the season 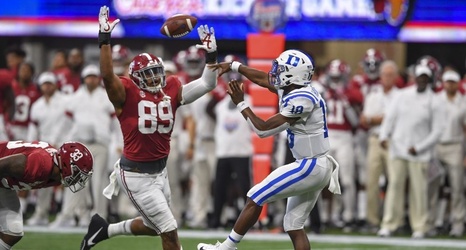 According to AL.com’s Matt Zenitz, Alabama’s junior defensive end LaBryan Ray is expected to miss the rest of the 2019 season and is questionable for a postseason return. Ray who suffered a foot injury in mid-September, was originally supposed to miss around six weeks when originally diagnosed.

“I would say that LaBryan Ray is probably going to be out for at least six weeks,” Nick Saban said on Sept. 18. “And then it will be, you know, how he is responding to treatment and therapy and all that type of thing. I’m not saying he’s going to be back playing in six weeks.