Are we getting closer to a 2020 football season? The NCAA’s Oversight Committee thinks so 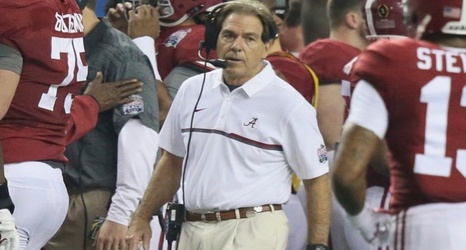 Hope is being held by students, student-athletes, coaches, athletic directors and fans on a college football season happening in the fall. The expectation is that the coronavirus will die out at some point this summer, but will the season start on time?

According to Brett McMurphy, a College Football insider for Stadium, the NCAA’s Football Oversight Committee has suggested a six-week practice period before the start of the season.

Prior to the NFL Draft, Nick Saban of Alabama was featured on the Paul Finebaum Show and proposed an idea of having four weeks of a summer program before the season.