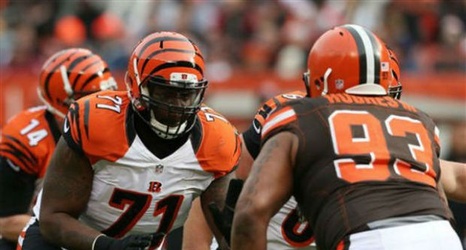 Offensive tackle Andre Smith is heading back to the Cincinnati Bengals in free agency, ESPN reported on Tuesday night.

The former Alabama All-American and the Bengals agreed on a one-year contract for the 2017 season after Smith spent an injury-shortened 2016 campaign with the Minnesota Vikings.

Smith played the first seven of his NFL seasons with Cincinnati after the Bengals selected him with the sixth pick in the 2009 NFL Draft.

Cincinnati's offensive line has been hit hard by free agency in the past six days. Left tackle Andrew Whitworth, an 11-year starter, went to the Los Angeles Rams for a three-year, $33.