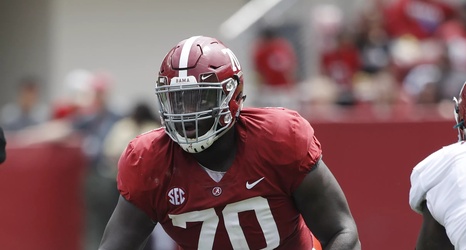 The SEC announced its weekly awards today, and Alex Leatherwood was among the honorees.

He totaled 62 snaps, missing just one assignment, during the 35-13 win over Tennessee at Bryant-Denny Stadium.

Leatherwood did not allow a sack, hurry or quarterback pressure against the Vols

Alex rarely gets the attention from film analysts that Landon Dickerson and Jedrick Wills Jr. have this season, but quietly goes about his job and holds down the left side. Despite the relative lack of attention, he routinely appears in the first round of mock NFL drafts.