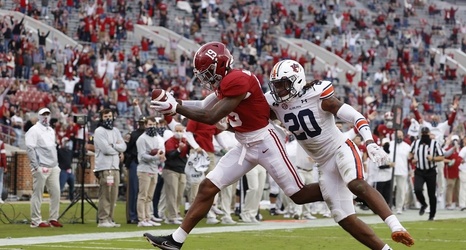 It is more than Alabama’s defense that is peaking at the right time.

Although it lost Jaylen Waddle (ankle) for the season, Steve Sarkisian has gotten another offensive weapon to emerge for the Crimson Tide in the last two weeks. Jahleel Billingsley, a sophomore from Chicago, Ill., is a talented playmaker at tight end who arrived on campus in the 2019 signing class. Things started to click for him during the latter part of his freshman season, and he made huge plays versus Kentucky and Auburn. Prior to Alabama’s 63-3 dominant win over the Wildcats, Billingsley totaled one reception for 13 yards.