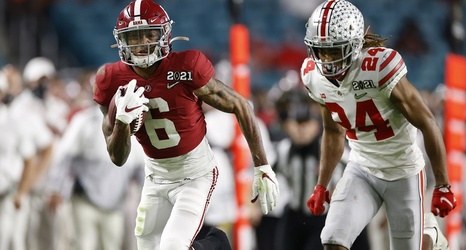 This year’s ESPY Awards will be on July 10, and fans of Alabama football have a lot to cheer about.

According to ESPN, the Crimson Tide has been nominated in three different categories.

The Louisiana native was First-Team Unanimous All-American selection and a Fred Biletnikoff Award winner. Smith was selected at No. 10 overall in the NFL Draft by the Philadelphia Eagles.