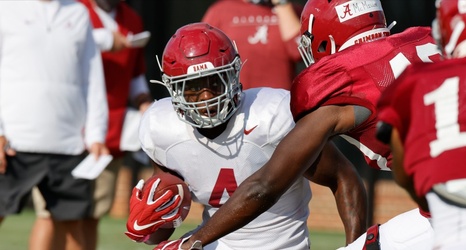 Next week begins a huge season for him and he knows it.

NFL scouts and media personnel are salivating over Najee Harris, especially after watching him record his first career 1,000-yard rushing campaign (1,224) last year with 13 touchdowns on 209 carries. He fully locked in during the middle portion of the season and totaled six 100-yard games, including four versus Southeastern Conference schools. As hard as he has worked this summer, Brian Robinson Jr. has put in as much effort to prove to the college football world that he is just as dominant.

While his power — in being a north/south runner — has never been questioned, the Tuscaloosa native took this offseason to improve his speed with Dr.