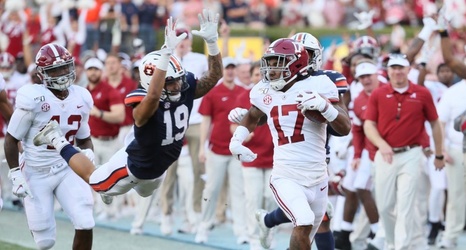 For those who watched his video on Twitter, a more pressing desire for football lies on the faces of Alabama fans.

He came to the Crimson Tide in 2018 and after two seasons of explosive play, Jaylen Waddle will enter his junior year in the fall. A native of Houston, Texas, he brings so much excitement to Tide fans as a receiver and return specialist. The 5-foot-10, 182-pounder was Freshman of the Year in the Southeastern Conference – totaling 848 yards receiving with seven touchdowns on 45 catches. He also ranked fifth in the nation for yards per punt return (14.