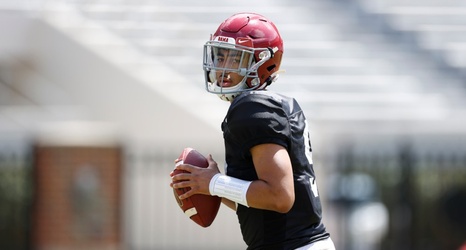 Athlon Sports has started with the first of many preseason all-conference teams.

These lists usually start in May and go until July, as college football makes its return.

On Thursday, the media outlet unveiled its all-conference team for the Southeastern Conference.

Alabama and Georgia tied for a league-high 15 selections, while LSU and Texas A&M had nine apiece. Auburn, Ole Miss, Kentucky, and Mississippi State each had eight selections, and Arkansas (seven) and Florida (six) rounded out the next group.