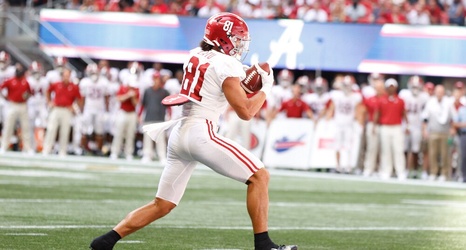 Alabama football now has a tight end in the NIL game.

Cameron Latu is about to enter his fifth season for the Crimson Tide.

As a native of Salt Lake City, Utah, he arrived as a four-star linebacker in Alabama’s 2018 signing class. Latu transitioned from linebacker to tight end and totaled a single-season school record for touchdown receptions (eight) for a player at his position last year. The 6-foot-5, 244-pounder has an opportunity to be a high round NFL Draft pick if he produces marquee numbers this fall.