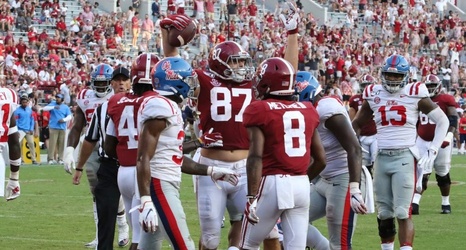 He did not appear like something was bothering him and his name was not mentioned in the list of injuries Nick Saban provided after Alabama’s win over Arkansas; however, Miller Forristall sustained a medical mishap on last week.

Per a report from Aaron Suttles of The Athletic, the junior tight end will miss several weeks with an injury.

News: Junior tight end Miller Forristall is out for several weeks due to an injury he sustained Saturday night in the Arkansas game.

While no one knows what he hurt, Forristall has three touchdown catches on the season and is starting to become a better blocker in the run game.