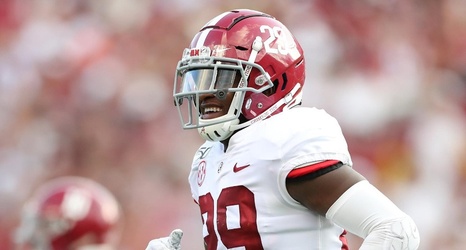 Since the arrival of Terrell Lewis to the University of Alabama in 2016, the Washington, D.C. area has been good to the Crimson Tide’s football program in recruiting.

Three years later, two more names landed from the nation’s capitol – including a potential superstar in the defensive secondary. DeMarcco Hellams was not only bigger than the competition he faced at DeMatha Catholic School, but was also faster, stronger and accounted for more impactful plays. He was a star athlete on offense and defense, juggling receiver and defensive back. During his senior year, Hellams exploded for 1,469 receiving yards and 21 touchdowns on 78 catches.